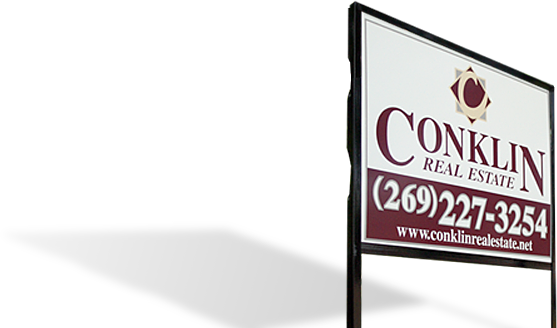 Western Michigan enjoys a beautiful coastline along Lake Michigan, with sand and sun playing an important role in the lives of many West Michigan residents. Small communities up and down the coast each have a unique character that distinguishes them from the others. Rich in culture, there is a lot to see and do in this area.

As you travel inland from the lake there are orchards, fields of berries, and other farms that provide fresh produce to the area, as well as to other parts of the country.

The community is a combination of full and part-time residents, many of whom are transplants looking for a less hectic existence along the Lake Michigan shore. In the area outside of Glenn there are art galleries, U-Pick berry farms and orchards, antiques, wineries/cider mills, restaurants, beaches, and more.

With a population of 4,403, South Haven sits at the mouth of the Black River. As a port city since it was settled, both passenger and freight ships have stopped here. South Haven became a resort town in the early 1900s, and was sometimes referred to as the “Catskills of the Midwest.”

It is a major regional tourist draw with its recreational harbor and beaches. At the west end of the Kal-Haven Trail, it provides access to cycling, hiking, and snowmobile trails.

Settled in the 1850s, it was first incorporated as a village in 1869. The nearby forests were clear-cut and the lumber taken across the lake to Chicago and Milwaukee. After which, the land was planted by local farmers who grew, and still grow peaches, apples, and blueberries.

They are home to the Blueberry Festival in early August, and host other festivals throughout the year. South Haven has branches of Western Michigan University and Lake Michigan College, is home to the Michigan Maritime Museum and the Michigan Flywheelers Museum.

Saugatuck and Douglas are sister cities, located on both sides of the Kalamazoo River. The cities have official populations of 925 and 1,232 respectively, but the population more than doubles during the summer months. The area’s primary source of revenue is tourism, as it draws visitors from Chicago, Indiana, Ohio, and the Detroit/Ann Arbor areas.

The twin cities are also know as the Provincetown of the Midwest, and are well known for art galleries, small independent shops, and restaurants. Whatever your preference, Saugatuck and Douglas offer a full palette – beaches, boating, hiking, art classes and galleries, theatre, music, dancing & nightlife, shopping, dining, and more.

Fennville’s zip code stretches from the lakeshore, inland to the town of Fennville, encompassing a broad area. This is a small town with a population of just 1,398. It’s a family oriented community that also includes the Hutchins Lake between town and the Michigan lakeshore.

Fennville is host to the Goose Festival each fall. Downtown has highly acclaimed restaurants, including Salt of the Earth, recently featured on the Food Channel. The Fennville area is also home to Fenn Valley Winery and Virtue Cider.

The area is well known for its fruits, including peaches, apples, strawberries, and blueberries. There are several U-Pick/we-Pick orchards and berry farms in the area. You can readily find local cheeses, organic breads, and locally grown produce all summer.

Holland surrounds Lake Macatawa on the shores of Lake Michigan. This community has a strong Dutch heritage and is home to the Holland Tulip Festival, held each May. Holland has a population of 33,000 per the 2010 census.

Culturally rich, the area has several museums, a strong area arts council, and its own symphony orchestra. The area is home to Hope College and Western Theological Seminary, and has campuses of Grand Valley State University and Davenport University.

As a coastal town, surrounding the shores of Lake Macatawa, boating and other water sports are popular pastimes. The dunes along Lake Michigan, north and south of Lake Macatawa offer some of the best beaches in the country.

There are many parks and outdoor activities available around town. The local farmer’s market is centrally located downtown on Wednesdays and Saturdays. The Amtrak runs daily between Holland and Chicago.

Grand Haven has a population of 10,412, as of the 2010 census. It sits on the mouth of the Grand River, from which it derives its name. Originally founded by French settlers, it is now an active resort, boating, fishing, and port community.

The quality of the West Michigan beaches have led to Grand Haven hosting the AVP Pro Beach Volleyball Tournament throughout the summer. Grand Haven also hosts kite flying competitions and the annual Coast Guard Festival. There are more than 100 miles of bike trails, a state beach, boardwalk, and two lighthouses.

Grand Haven is also home to the Grand Haven Golf Course, designed by architect Bruce Matthews Sr., and one of the worlds largest musical fountains. It plays nightly during the tourist season, visible across the channel from the city center.

In Michigan, just north of the Indiana border, New Buffalo is only about a 90-minute drive from Chicago. As a result it is a popular resort destination. The population is 1,883, as of the 2010 census.

The city is located on Lake Michigan at the mouth of the Galien River. This forms a natural harbor, drawing summer residents and boaters. The traffic is almost all pleasure boats with next to no commercial traffic.

There are a lot of shops, places to stay, beaches, and docks. New Buffalo is home of Four Winds Casino Resort. The Silver Creek Event Center, adjacent to the casino offers headlining acts and the Hard Rock Café offers nightly entertainment.